Of the dozens of Québécois journaux jaunes (yellow papers) published in the 1950s and 1960s, one of the most viciously muck-raking was Le Senteux. As is the case with a great many of these publications, it is difficult to find background information on Le Senteux.  In his autobiography, Quebec journalist Jacques Duval recounts the journal’s founding by Alain Stanké, and notes that it was short-lived.  We have decided to post one issue in its entirety here, to convey something of the range of issues covered in so many of these publications.  This issue, vol. 1, no. 16, is undated, but on the basis of references to songs and films we can guess that it was published in 1955 or 1956.  (The paper is scrupulous in avoiding any reference to specific years.)

In this issue, we find the expressions of moral outrage over homosexuality, immoral music and sexual licence typical of the journal jaune, though as is almost always the case with these papers, the seriousness of that outrage is to be doubted.  As well, we find an attention to ways in which ordinary people might be cheated by the forces of government or commerce — a recurrent theme of these publications.  This highlights of this issue are the articles “Club de lesbiennes à Outremont” and “Club de masochistes à Westmount”, reports on, respectively, the neighbourhoods of Montreal’s bourgeois Francophone and Anglophone populations.

BACK TO PRINT CULTURE AND URBAN SENSATIONALISM MAIN PAGE 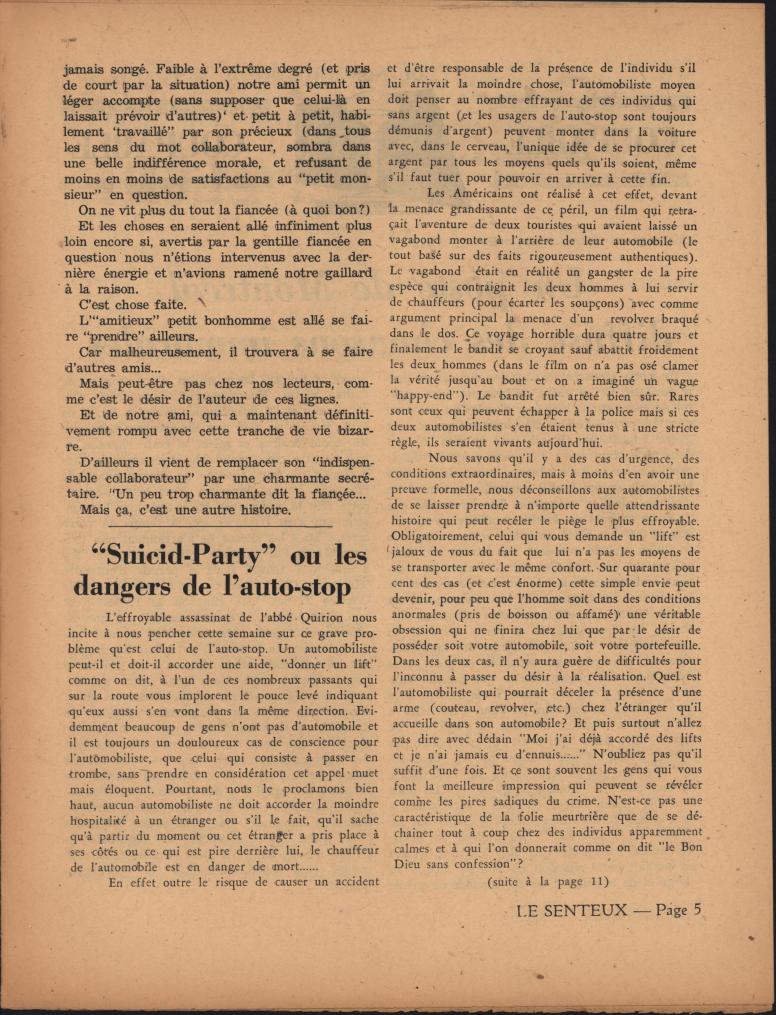 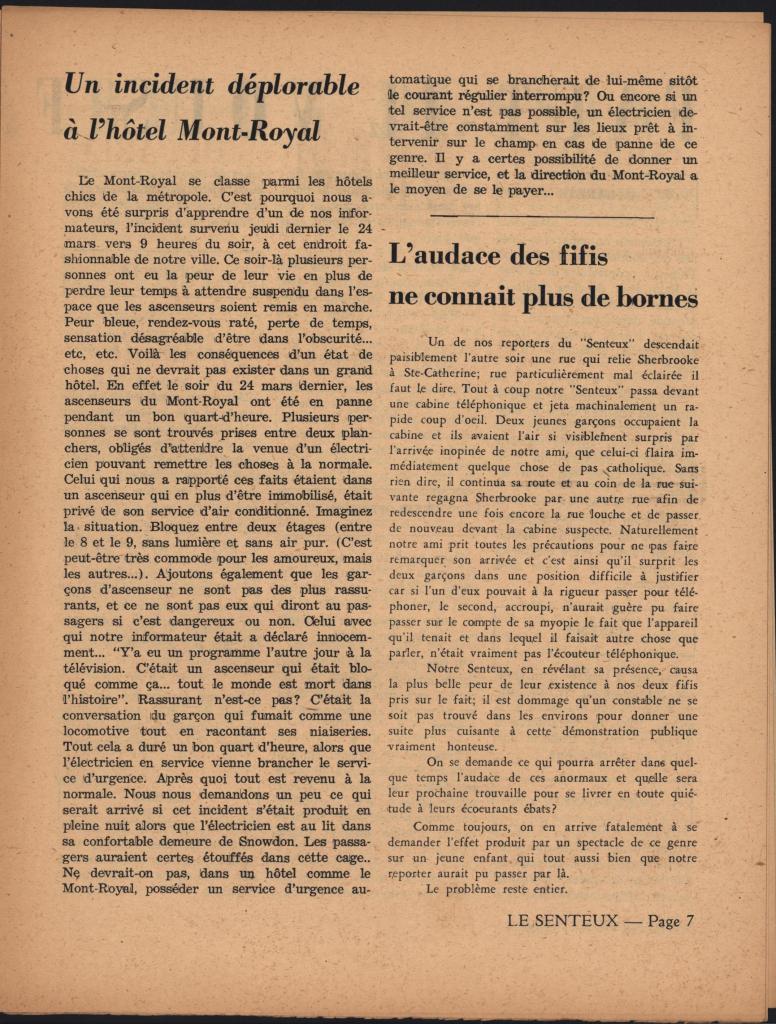 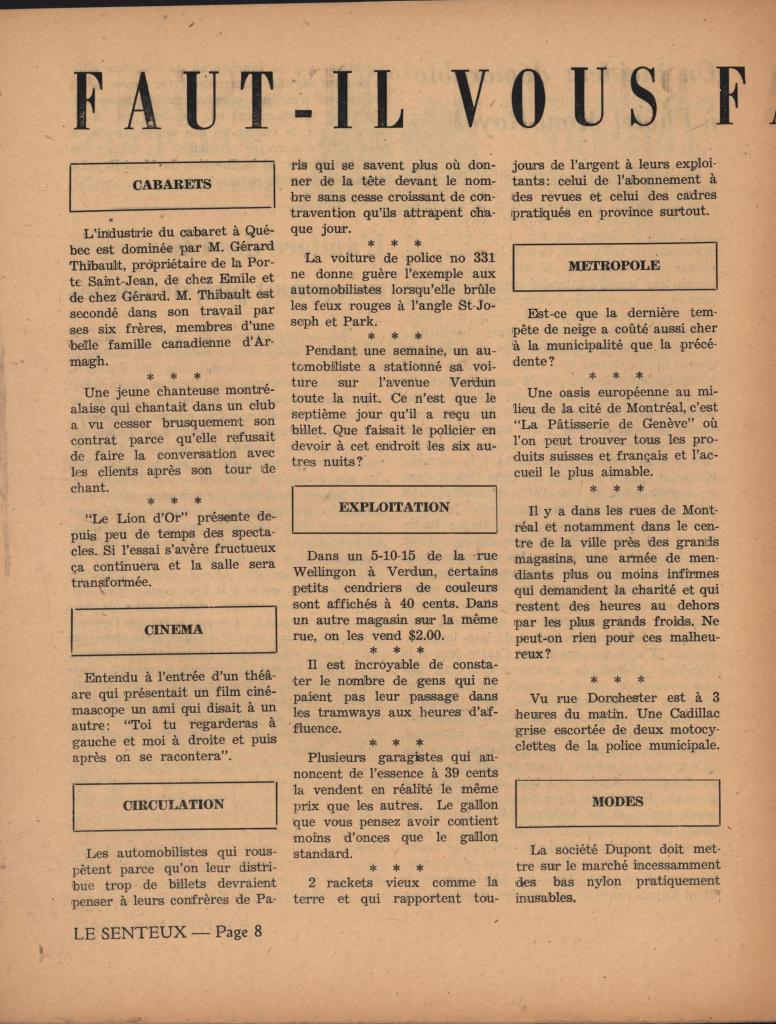 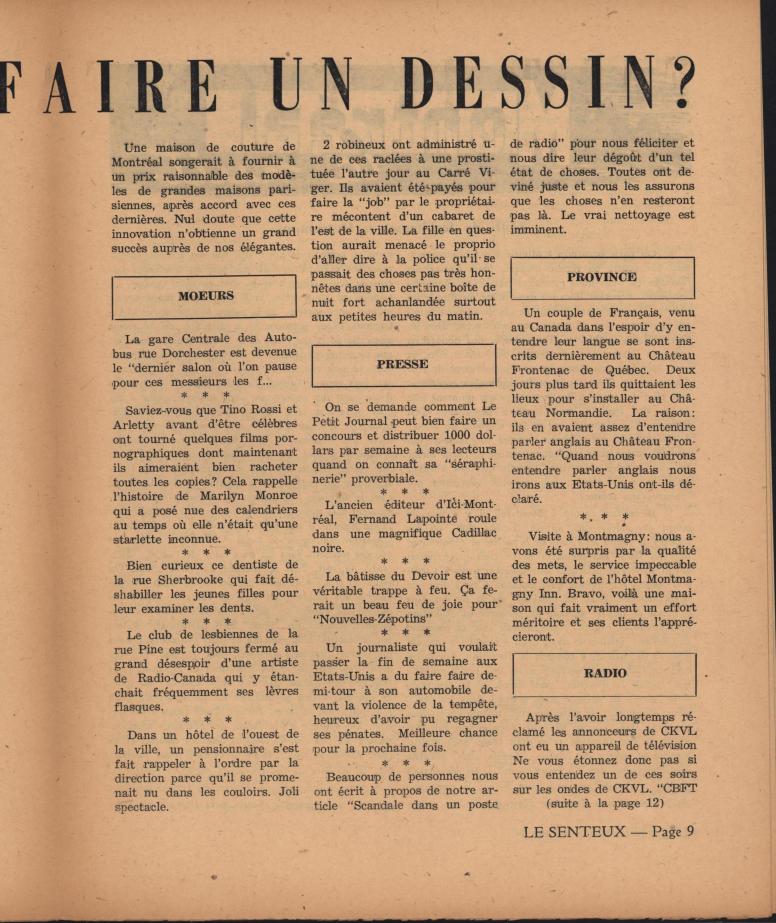 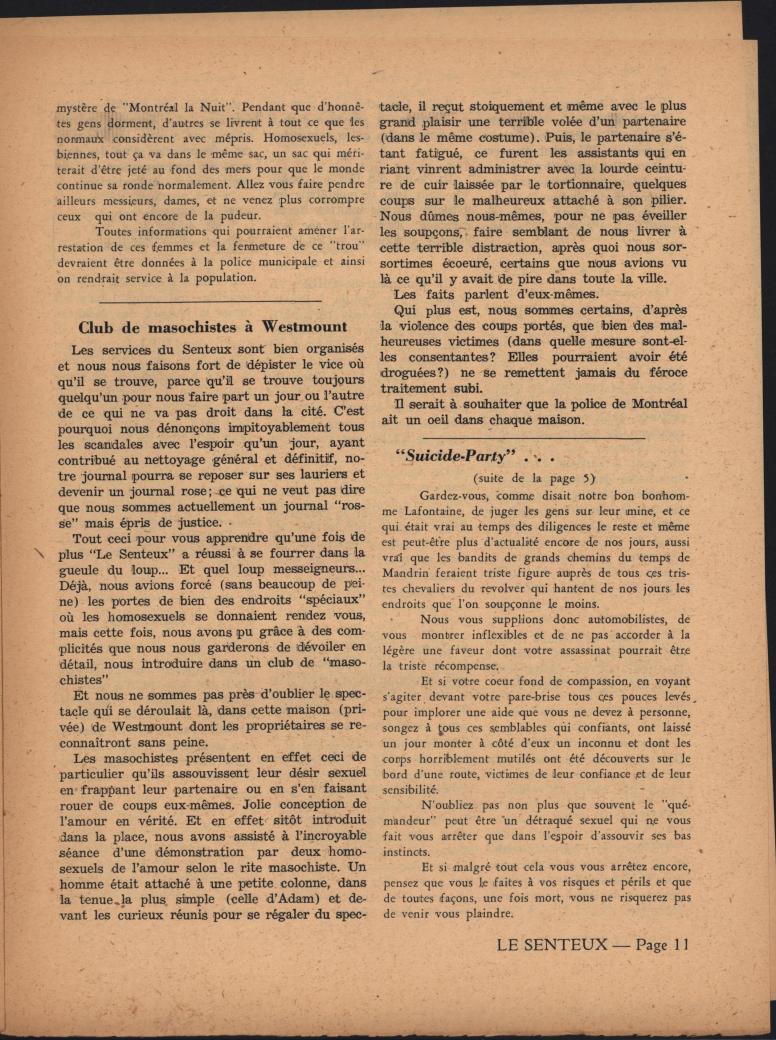 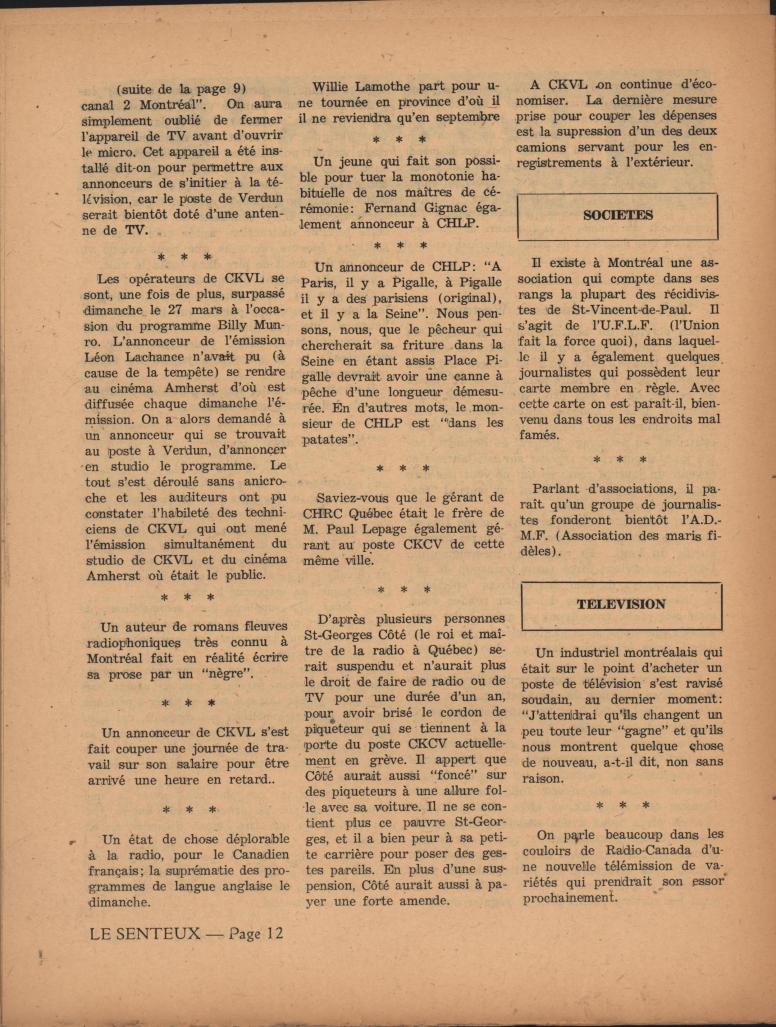 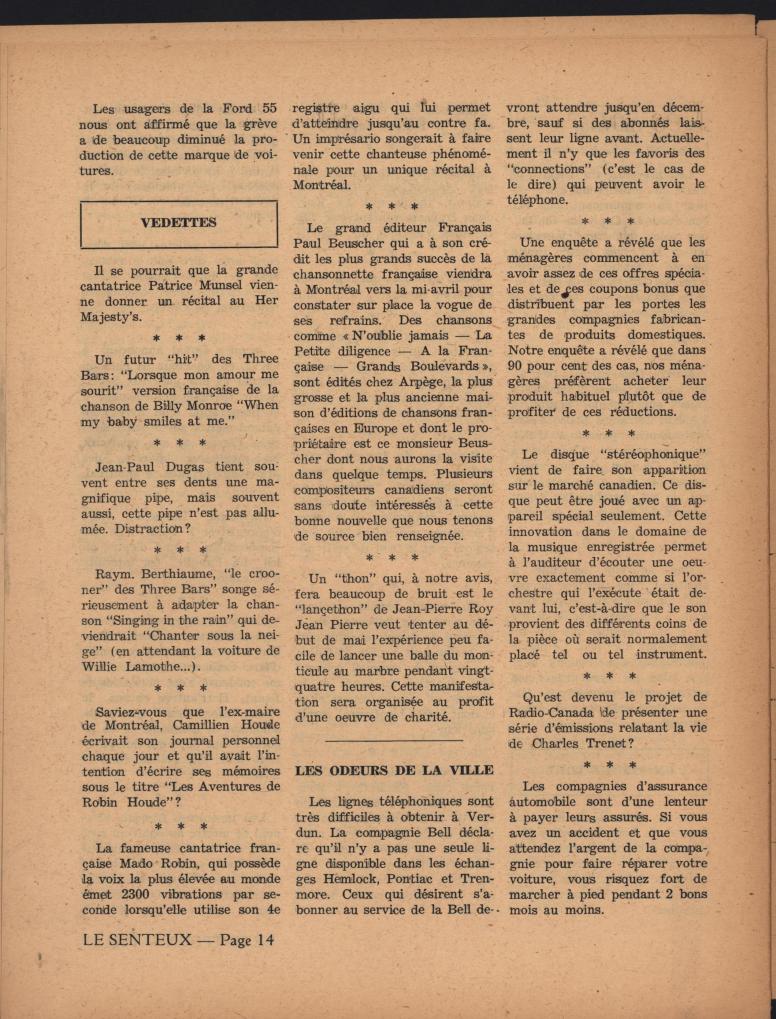 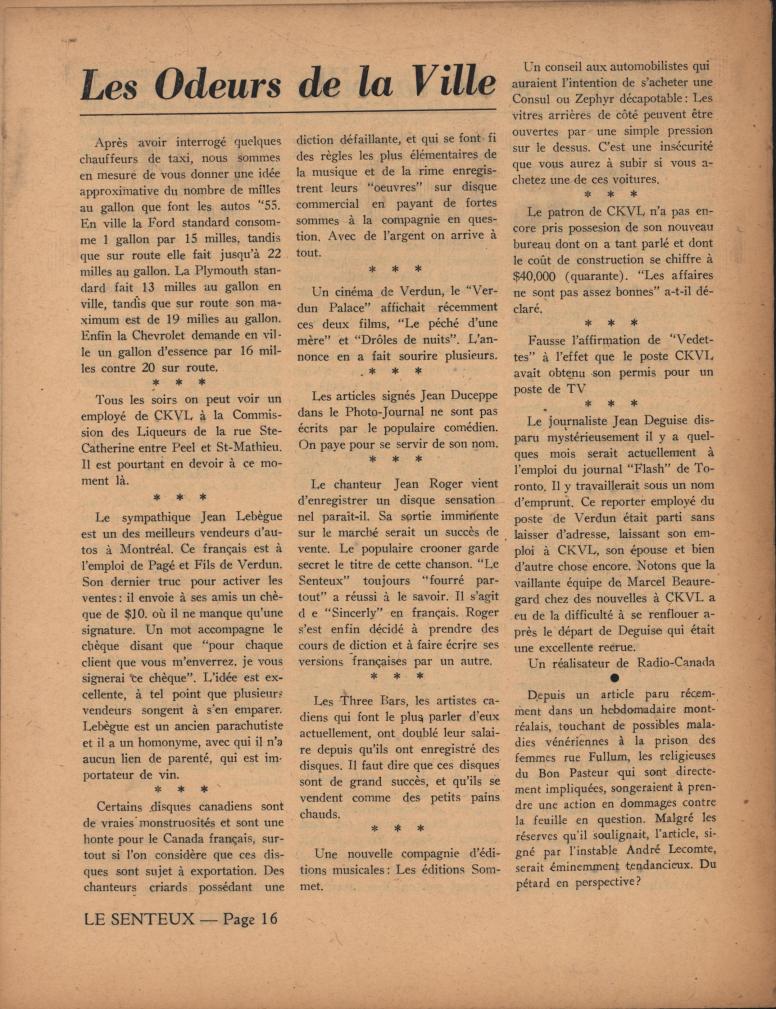