SCROLL DOWN FOR IMAGES.

CLICK ON IMAGE TO ENLARGE; DATE OF PUBLICATION WILL APPEAR IN IMAGE VIEWER

The forgotten career of magazine editor and publisher Joseph Burten crosses several strands of New York publishing in the first half of the 20th century.  In the 1920s, Burten worked at the intersection of those engaged in fighting for the rights of World War I veterans, lower levels of Greenwich Village bohemia, urban sporting culture and networks of small-time magazine publishers involved in the circulation of pornographic images of women.  By the 1930s, he was engaged in more obviously commercial and exploitative kinds of publishing, linking himself to ascendant fashions in the magazine industry (such as the cartoon-based humour magazine and the story-based sex pulp).  In the 1940s, he seems to have devoted himself principally to one-shot collections of pornographic pictures which disguised themselves as magazines.  The images in the gallery below represent all of these phases of Burten’s career.

Burten was known, at various points in his career, as Jo Burten, Joe Burten and, in the editorial persona he had constructed for himself, “Cap’n Joey”.  Burten was born on November 23, 1883, in Elmira, New York, and given the name Joseph G. Bernstein.  In the First World War, he  rose to the rank of lieutenant in the United States Army.  On leaving the army, he attended Louisiana State University, where he played college football during the years 1915-1919.  In 1921, he played with the New York Giants in the America Professional Football League, then, from 1923-1925, with the Rock Island Independents, an Illinois-based team which was part of the National Football League.  (The NFL, in 1922, had replaced the American Professional Football League.)

In 1922 and 1923, Joe Burten appeared in print in two very different magazines, which together helped to draw the contours of the public personality which persisted until the end of the decade.    The more minor of these appearances was in the Veteran’s Service Magazine, a periodical which fought for the rights of World War I veterans and which had passed through the hands of various editors and publishers since its founding c. 1920.  Copies of the Veterans Service Magazine, it appears, were sold by veterans as a source of revenue, and references to the title may be found as late as the mid-1940s (when, an advertisement claimed, it had been in existence for 25 years.)  While most issues of this magazine from the 1920s identify no editors or contributors, the January, 1923 issue nominally edited and published by someone named Fred J. Bradley, is full of texts by “Jo Burten”.  He signs a short story, “The Question of the Doughboy,” a humorous theatrical sketch, “Why Men Leave Home,” and two poems,  “The Deserter’s Last song” and “The Crock of the Whiffenpoof”.   The same issue contains an advertisement for the magazine Burten had recently launched with himself as editor, Cap’n Joey’s Jazza-Ka-Jazza, noting that it was published by a “World War Veteran”.

In 2922, Burten emerged as the editorial persona behind the Greenwich-Village-based magazine Capt. Joey’s Jazza-Ka-Jazaa, whose first issue was dated February, 1922.  In the masthead, Burten identified the magazine (or himself) as “The Jazz Hound among Jazz Kickers,” and indicated that it was edited “From His Den in the Wilds of Greenwich Village” (at 39 Seventh Avenue).   In the first five issues of this magazine, Burten’s editorials are interspersed with ribald poetry, short jokes and a variety of other forms of miscellany and brevity, usually but not always of a sexual character.  The imagery in these issues is sparse, with silhouettes of possibly naked women on the covers of the first two issues and strings of such images used to separate sections.  By the fifth issue, the magazine contained full-page photographic publicity shots of female theatrical stars interspersed throughout, with no connection to editorial content.

In 1923, Burten changed the name of Cap’n Joey’s Jazza Ka Jazza to Cap’n Joey’s Follies, continuing the numbering of the earlier periodical in unbroken sequence.  The publisher of Cap’n Joey’s Follies was identified as the Bohemian Magazine Co., located at 1416 Broadway Avenue in New York, an affiliation that would be attached to the Follies until 1927.  By the end of 1923, Burten’s magazine had been renamed once again, this time as Burten’s Follies, a title it would retain until at least 1934, the last date for which I have found any issues (beyond a brief resurrection in the 1940s) .

In 1927, the sporting side of Joseph Burten’s biography and persona found expression in the magazine Self-Defense, which Burten edited for a company called Ringside Publishers from 1927 through the early 1930s.  (Burten’s brother, Morris Bernstein, is listed as the magazine’s publisher.)  Seemingly richer in its journalistic resources and production values than Burten’s Follies, Self-Defense concerned itself principally with boxing, though it included the football player and track-and-field Olympian athlete Jim Thorpe among its Associate Editors (along with well-known boxer “Philadelphia Jack” O’Brien.)  In the pages of Self Defense, Burten regularly reflected on his experience as a professional football player, while offering predictions about upcoming boxing matches and other sporting events.

In the early 1930s, Joseph Burten participated in all of these tendencies, within a shifting set of commercial and collaborative relationships typical of this turbulent period within New York publishing.  David Saunders’ pulp magazine history site suggests that Burten was one of four partners who, in 1931, launched the Follywood Publishing Company of Jersey City, New Jersey, publishers of the saucy pulps Parisian Life, Hollywood Nights, French Follies, and Real Art Studies.  Burten’s is almost never named in these magazines.  He continued to publish Burten’s Follies through the early 1930s, though the names and locations of the named publishers changed with almost every issue.  In a different commercial venture, this time in collaboration with the disgraced figure Stephen G. Clow, one-time publisher of the gossip magazine Broadway Brevities  (1916-1925), Burten ventured into the realm of magazines which satirized (and exploited) the atmosphere of rampant sexuality which had come to surround Hollywood cinema and radio in the 1930s.   With Clow, he edited the titles Hollywood Squawkies and Radio Razzberries (both launched in 1933 and defunct by 1934).  Burten also joined with publisher Harry Donenfeld (later a key person in the founding of DC Comics) in an enterprise called the Burdon Publishing Co., which launched Koo-Koo, one of the humour and cartoon magazines which flourished in 1932 and 1933.

Joseph Burten’s name receded from public view in the mid-1930s. In 1934, as Burten’s Follies seemed to disappear (along with Radio Razzberries, Hollywood Squawkies and the other magazines launched the previous year), Variety announced that “Joe Burten, who used to issue a number of sexy mags, is back in the publishing biz with a weekly sports mag.  Calls it Every Week Sports”.  (I have been unable to locate any issues of this magazine.)  In 1937, according to records in the New York County Clerks Office, Burten founded, with his brother (Morris D. Bernstein), an enterprise called the Burten Magazine Distribution Co..  Though the first (and seemingly only) issue of a 1944 comic book, Miss Liberty, states that it was published by the Burten Magazine Distribution Co. of Dearborn, Michigan.

In the 1940s, Joseph Burten’s name and persona were attached to a series of magazines full of image of nude or semi-nude women.  Some of these images appear to be publicity stills from theatrical agencies; others were produced by studios specializing in pornographic photography.  In these magazines, black and white photographs were typically interspersed with cartoons and brief jokes.  The titles of some of these publications, such as Argentine Nights) and Life in Rio, mobilized the tropes of the exotic vice capital, a longstanding feature of pornographic print culture product but one which acquired new pertinence under the conditions of war-time travel by members of the military.  Another one of Burten’s magazines during this period bore the title Army Gags and Gals, and was full of cartoons exemplifying the military service humour common during the first half of the 1940s.   At least two of these publications (Cap’n Joey’s Follies and Burten’s Follies, both undated but almost certainly from the 1940s) invoked, in their titles, the earlier magazines on which Joe Burten’s reputation had been founded.  Occasionally, these publications were numbered in a way that suggested seriality but they seem, for the most part, to have been one-shots which circulated outside of subscription or newsstand sale systems.

The other corpus of materials with which Burten name was associated late in his career is more anomalous.  In 1939, amidst the first signs of an emerging magazine industry in Canada based on the copying of U.S. models of a decade earlier, Burten’s name was invoked in the title of a one-shot publication, Cap’n Joey’s Tattler Winter Annual, which recycled cartoons and bits of humorous miscellany from a variety of U.S. magazines (though, curiously, not from Burten’s own titles).  While it is unknown whether Burten had any direct involvement in this publication, its editorial is signed “Cap’n Joey” and reference is made therein to the figure of Celestine Vichy.   An even more unusual publication is a one-shot, undated digest-sized book with the title The Book of Pleasure, credited on its cover to a “Lucy the Trollop” and published by “Burten Publications” of Montreal.  While its cover suggests the sort of fake sex manual common in the pornographic trade, “The Book of Pleasure” consists almost exclusively of cartoons and jokes reprinted from Capt. Billy’s Whiz Bang and other magazines from the Fawcett publishing concern which had grown out of Whiz Bang’s success.  Whether Burten participated in these Canadian ventures, in a commercial or personal sense, cannot yet be determined.

In 1960, Burten as named in a newspaper report as one of several distributors of pornographic materials who had been indicted in Dallas, Texas, on charges of sending obscene materials through the mails.  Variety’s coverage of this story noted that Burten made his home in Oxford, New Jersey (in the state in which he would die, in 1967.) 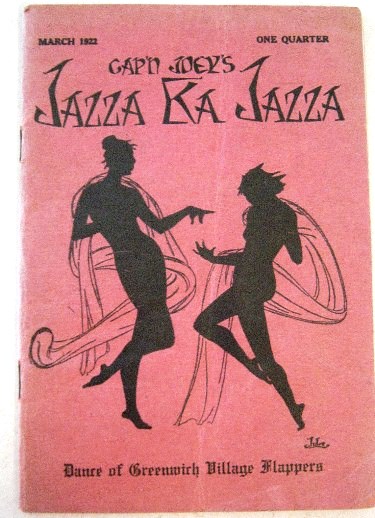 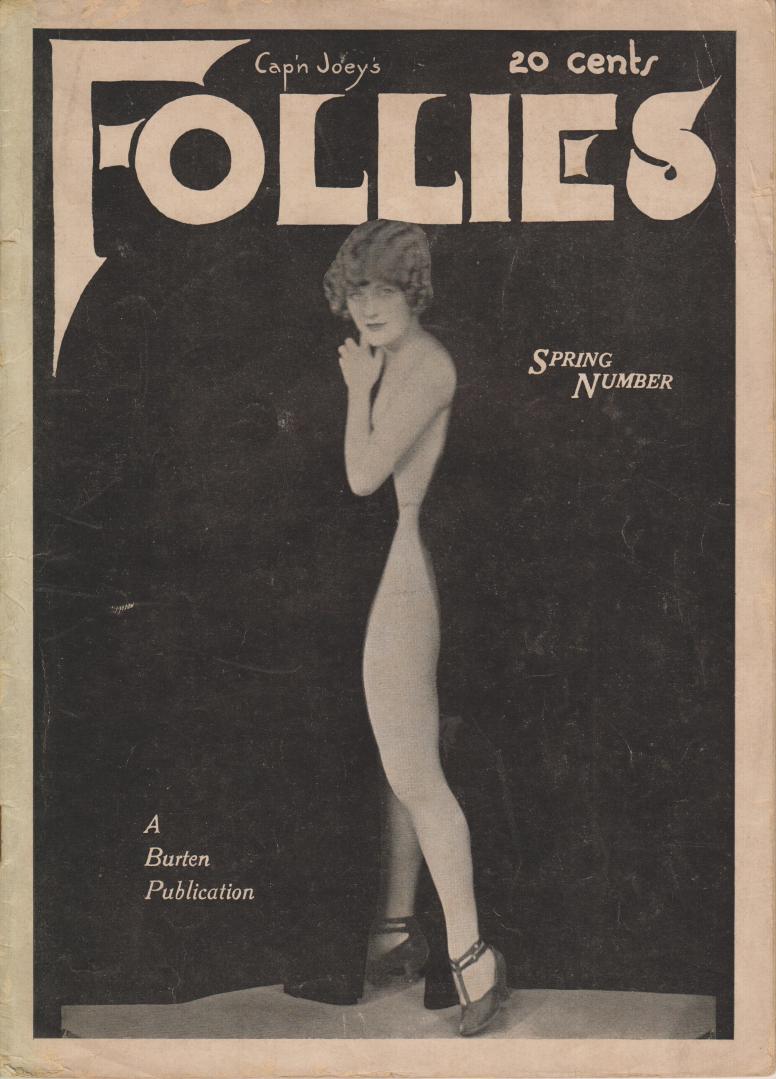 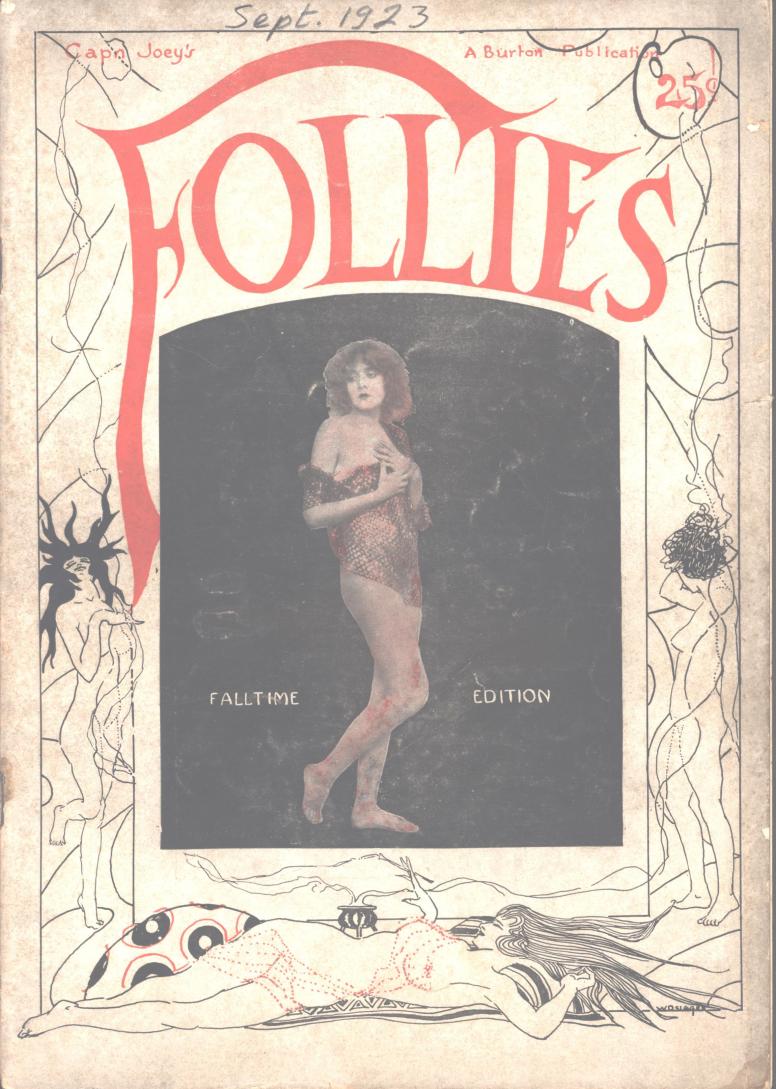 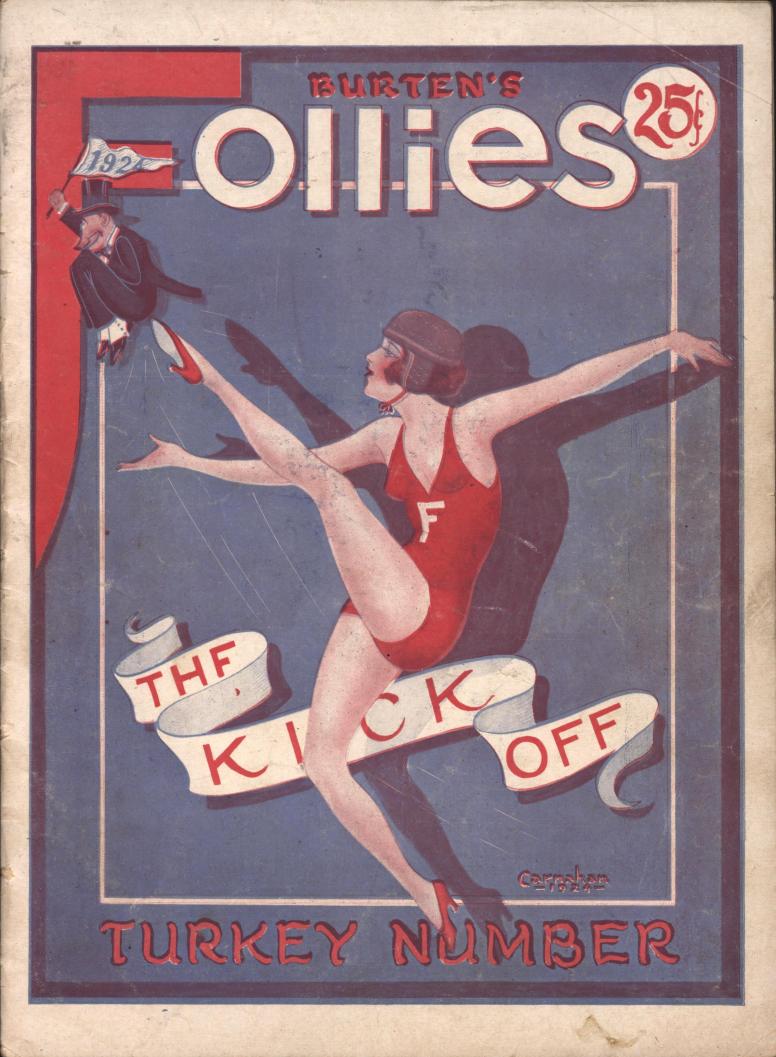 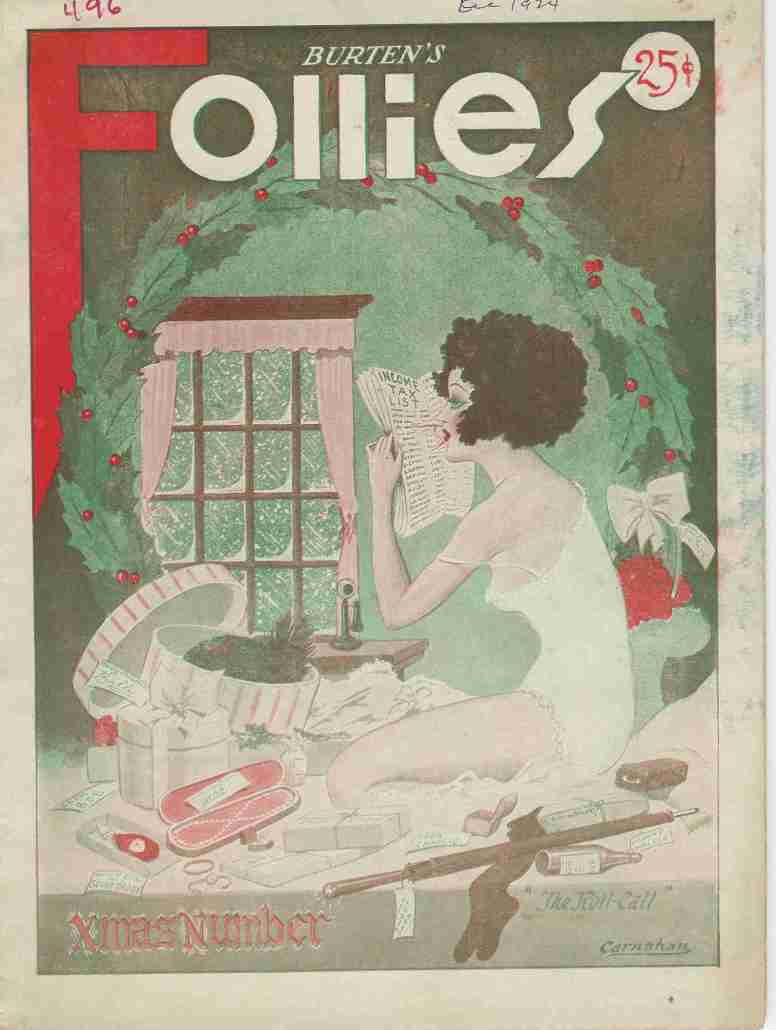 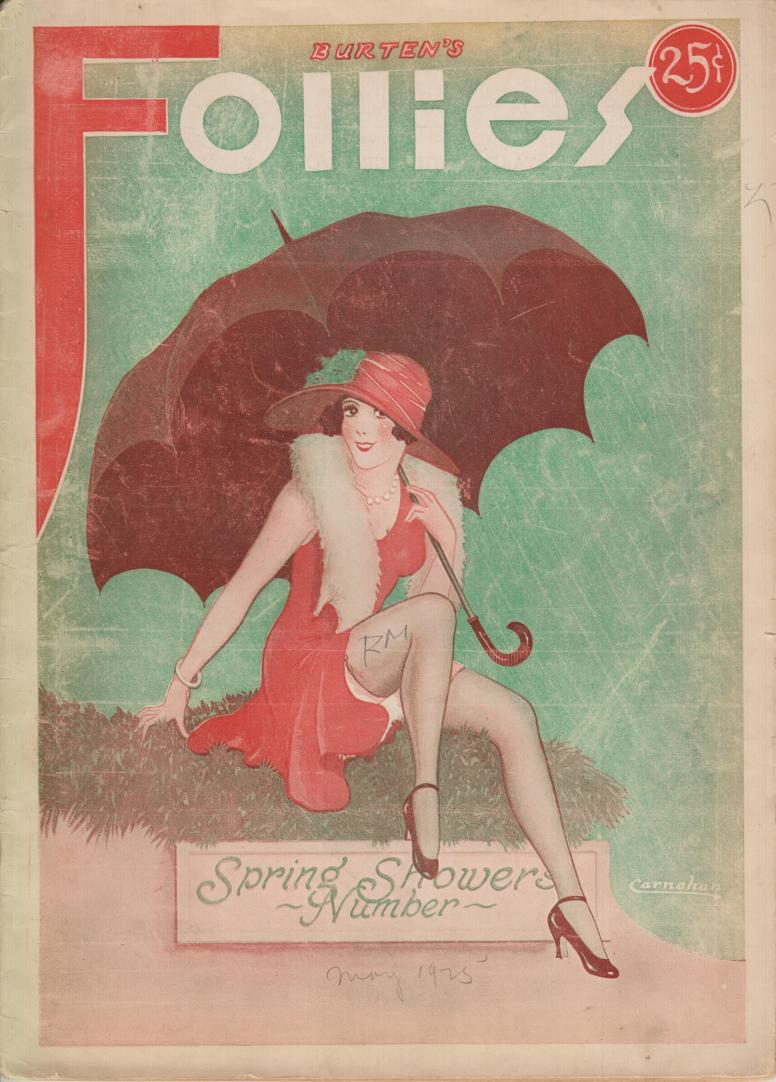 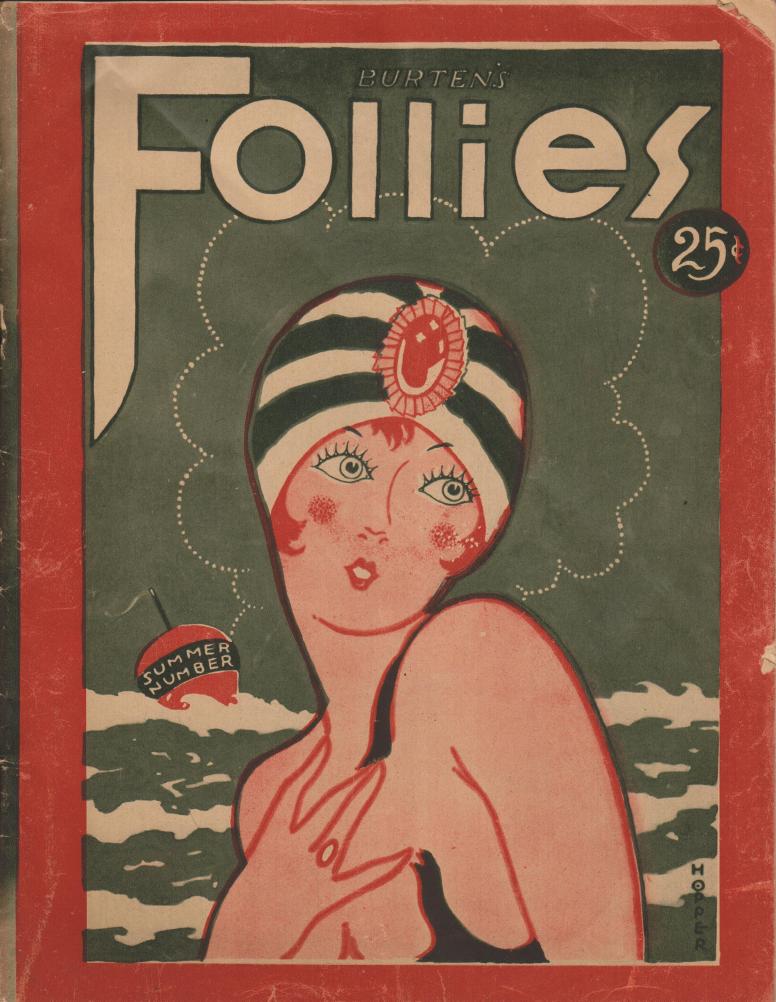 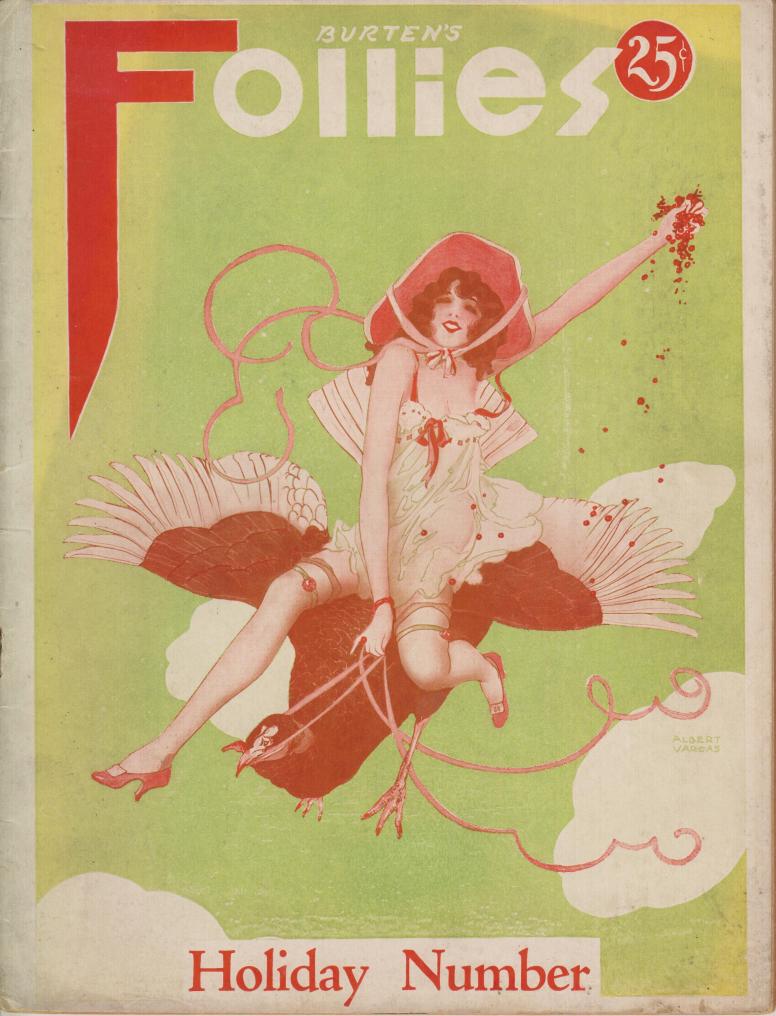 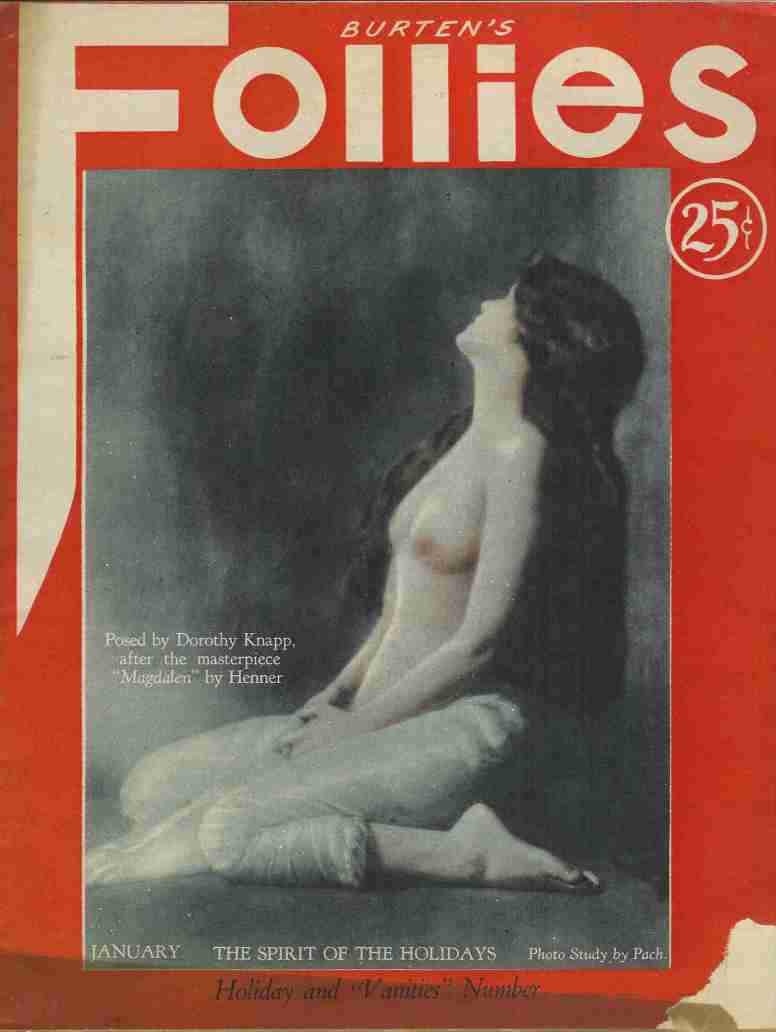 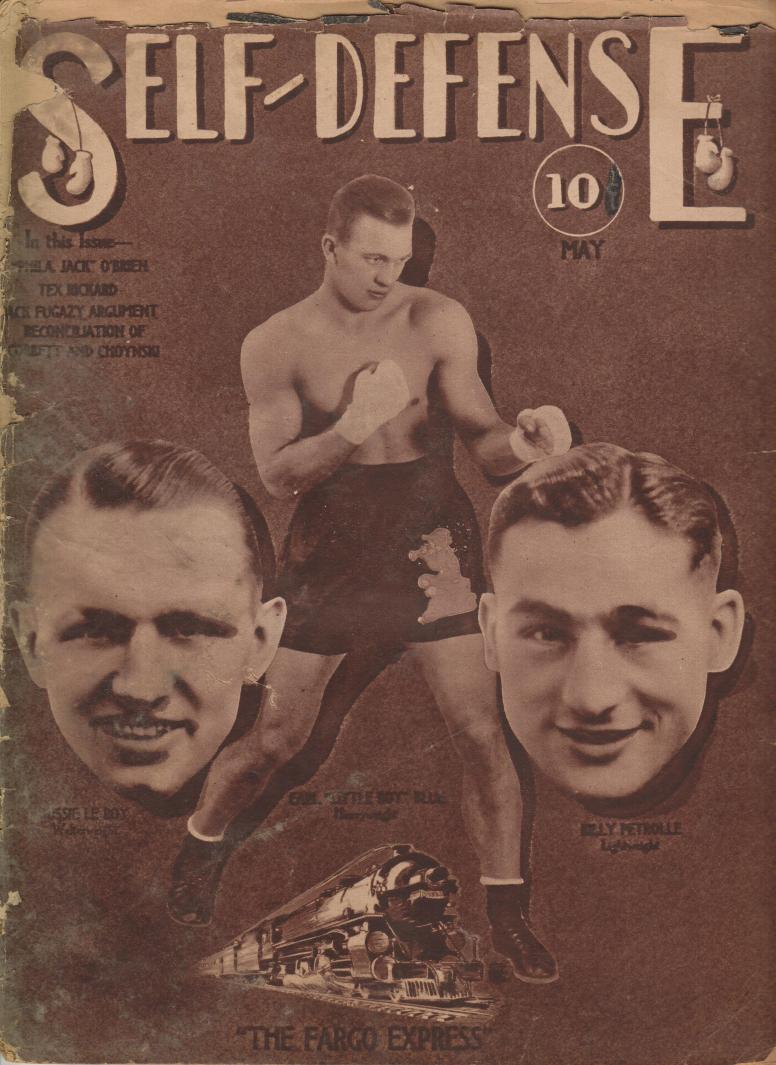 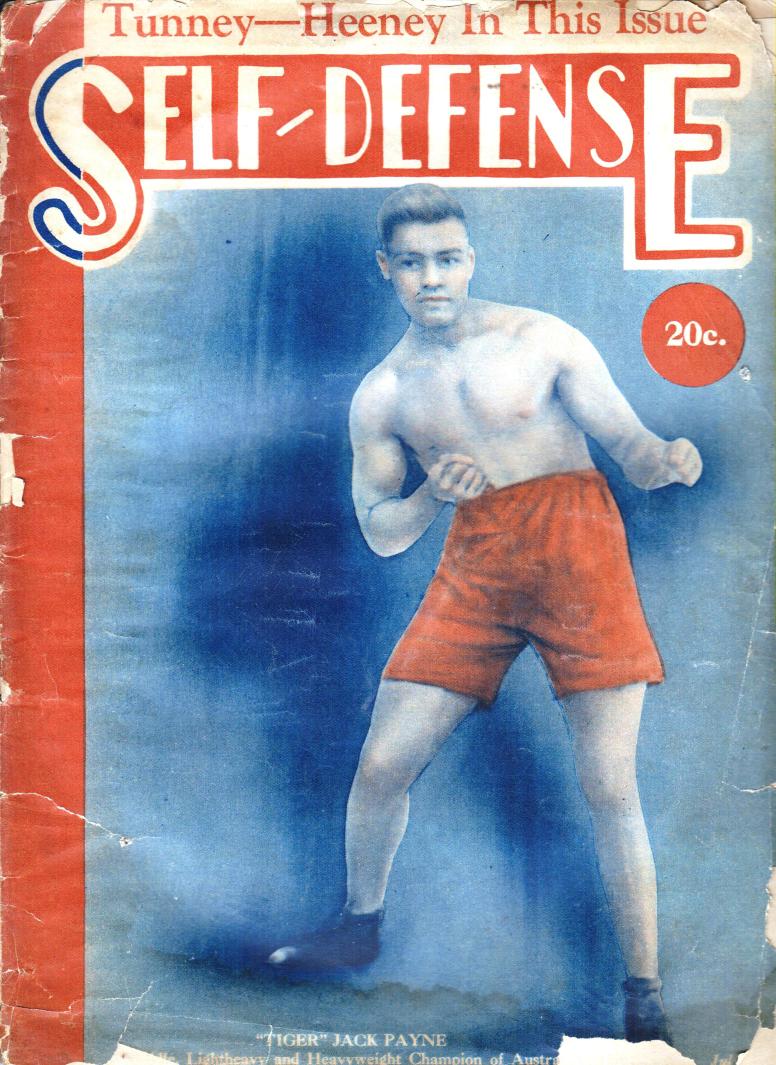 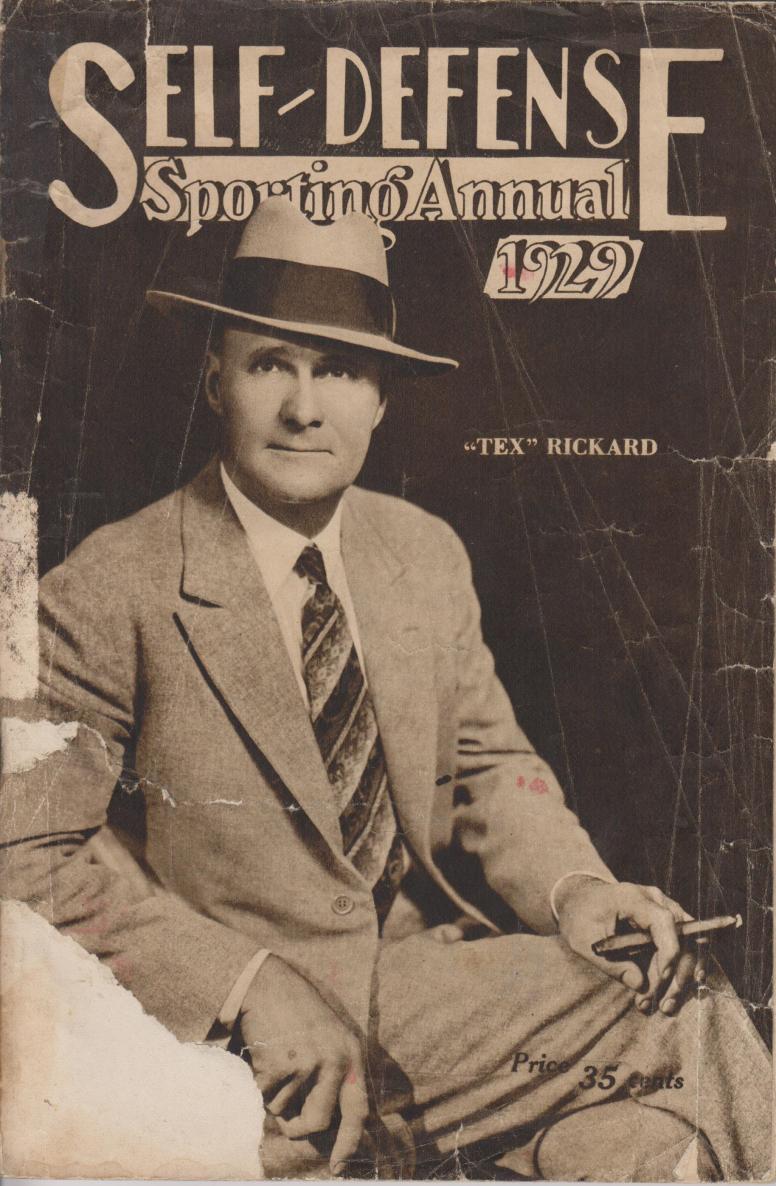 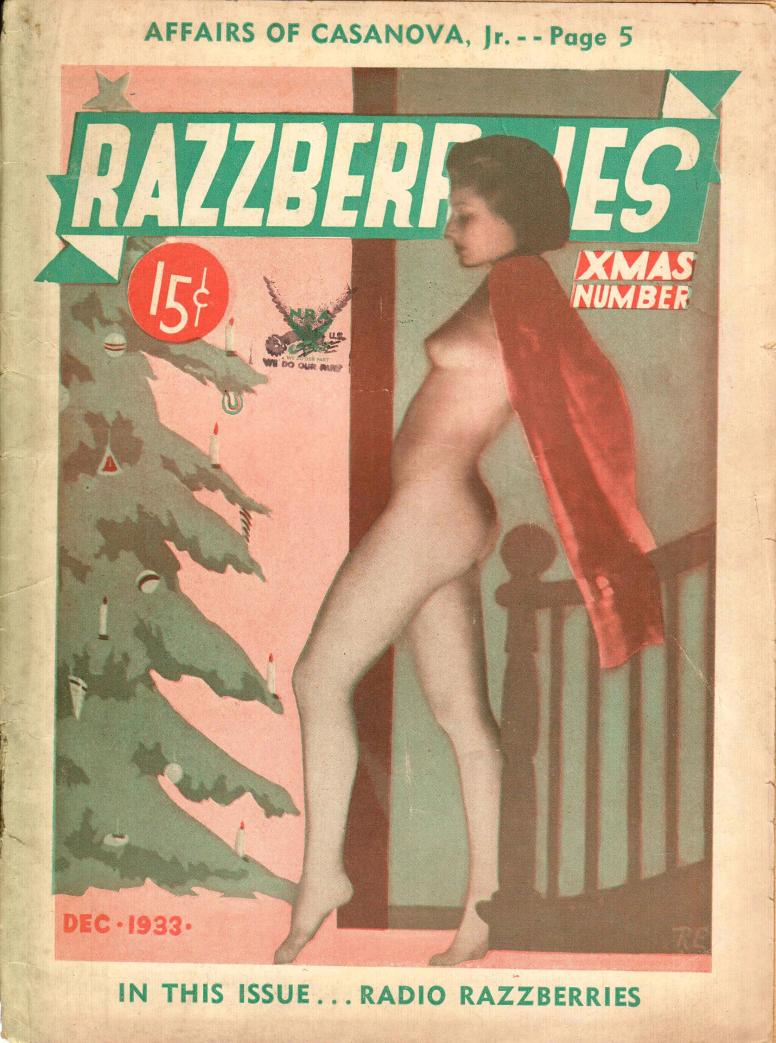 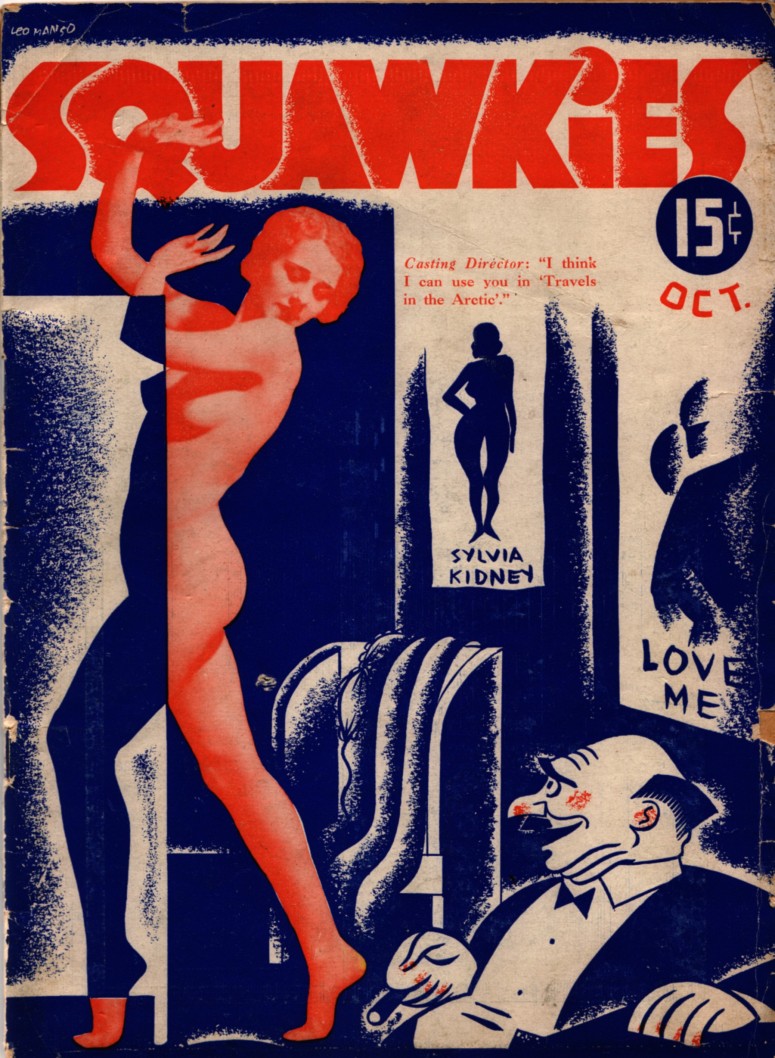 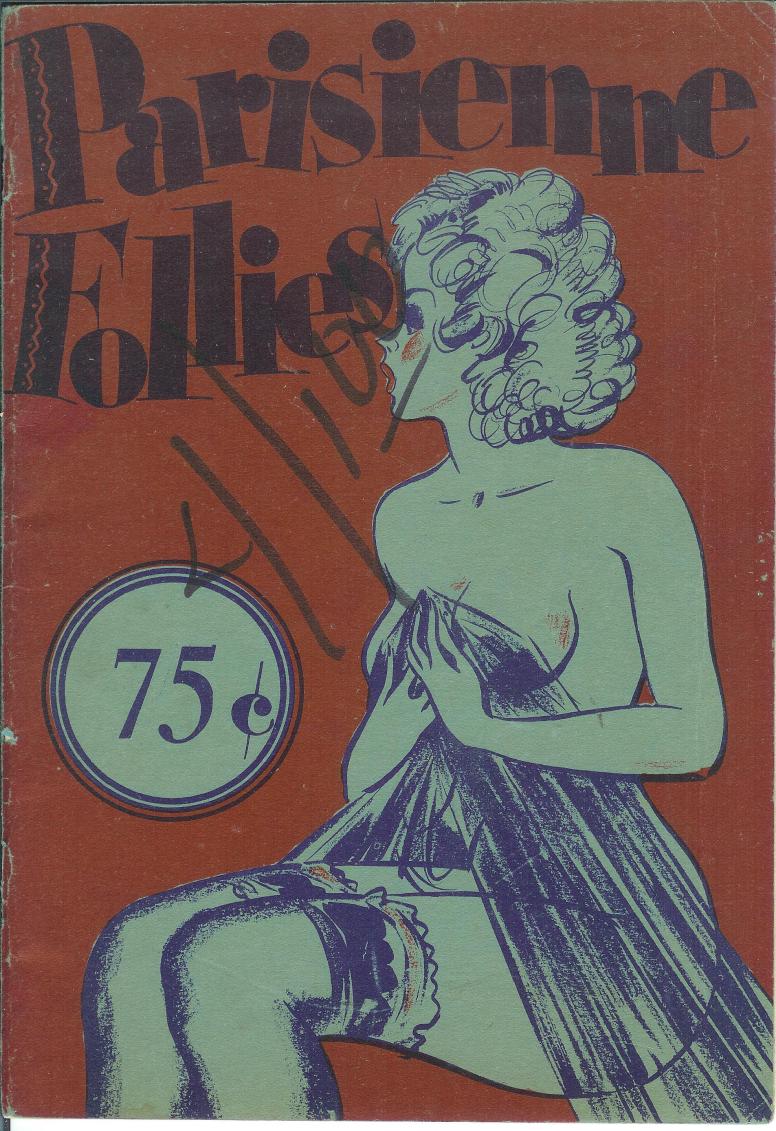 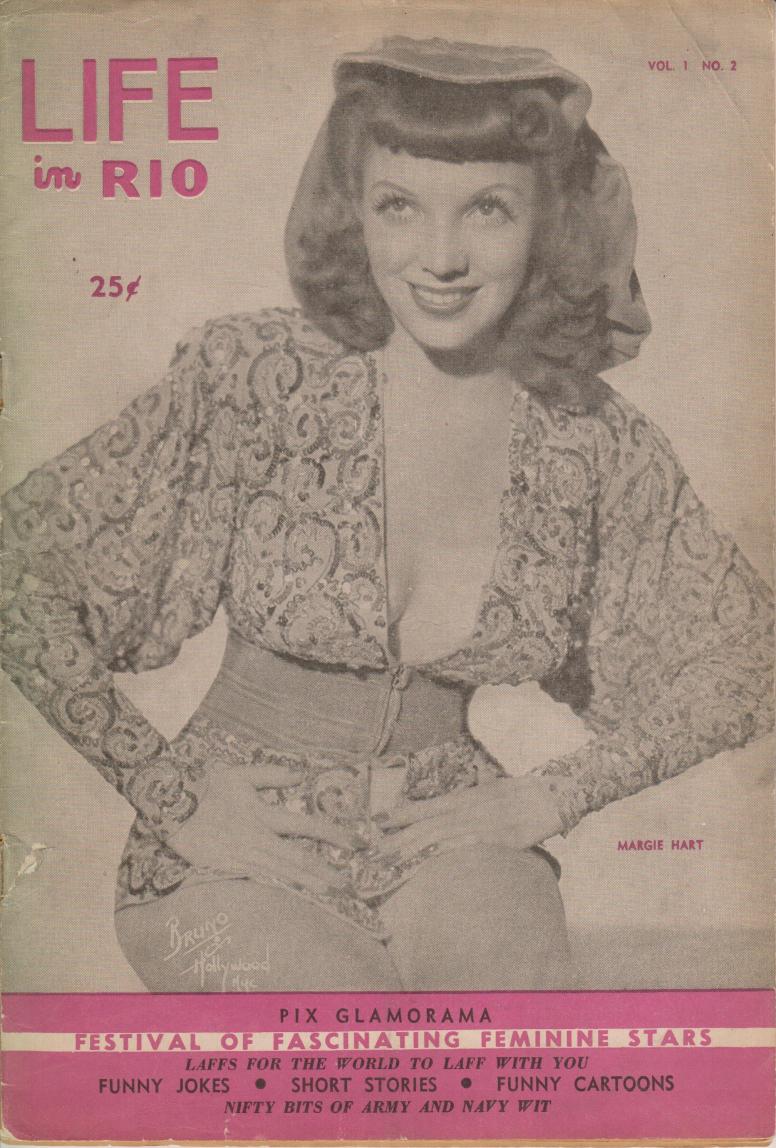 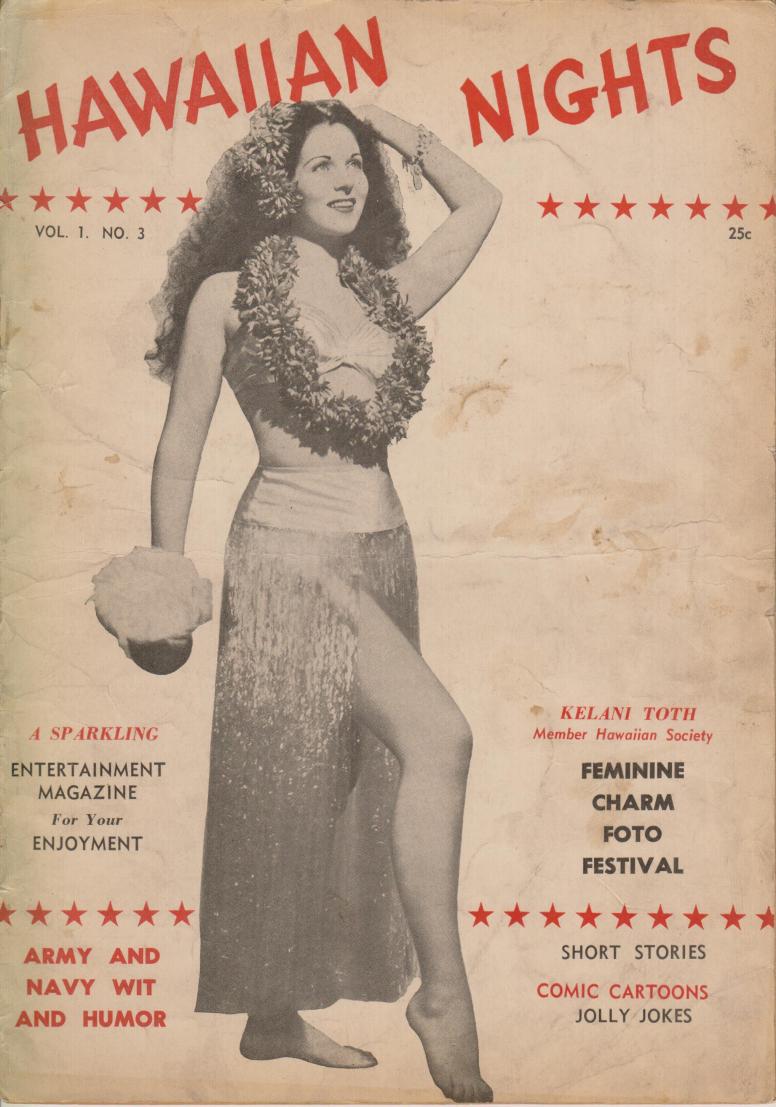 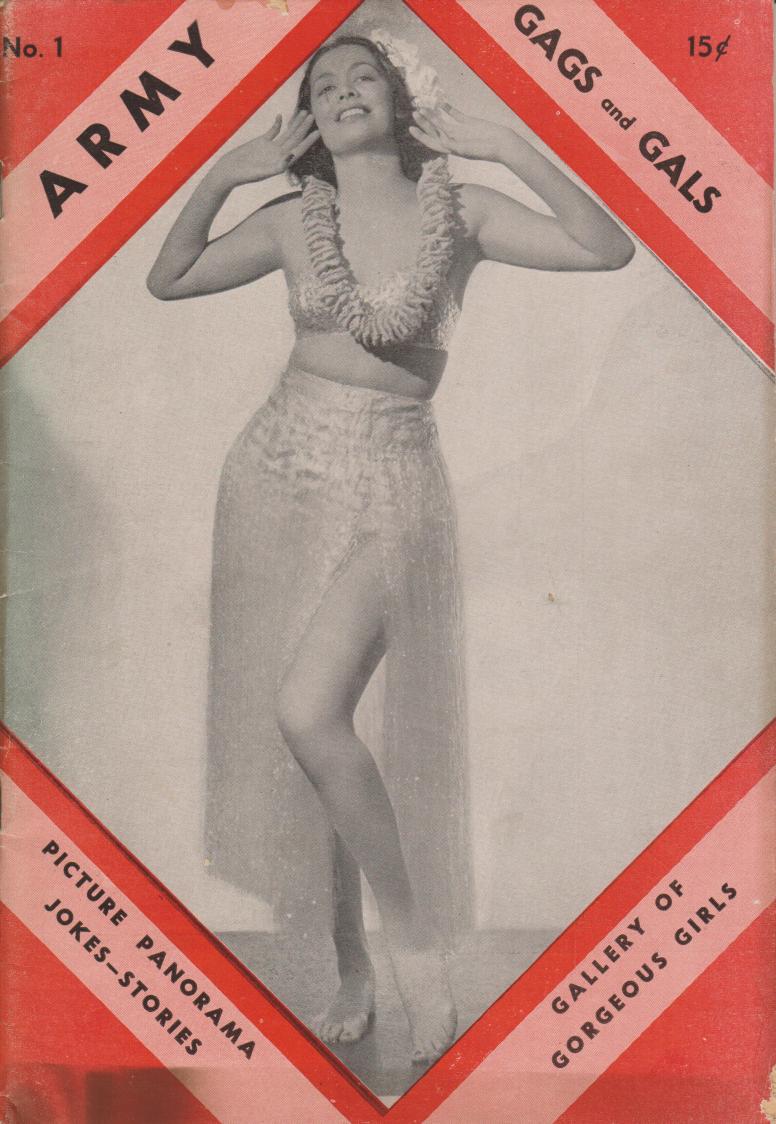 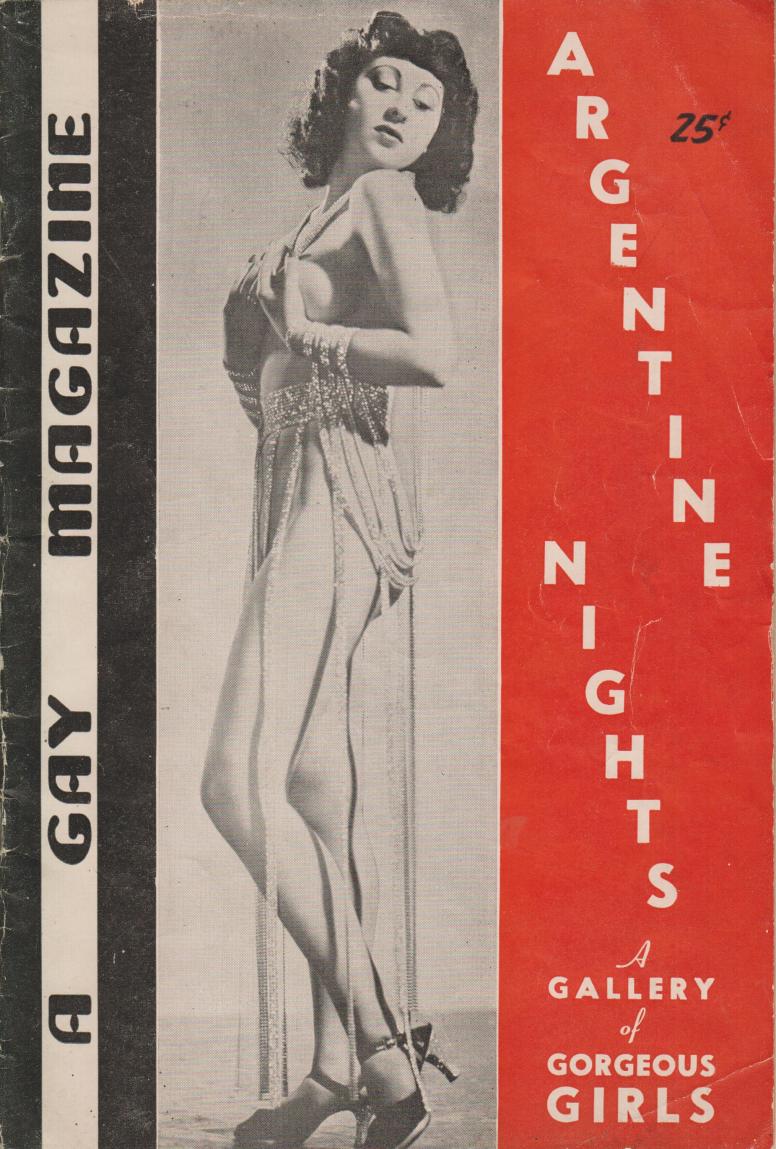 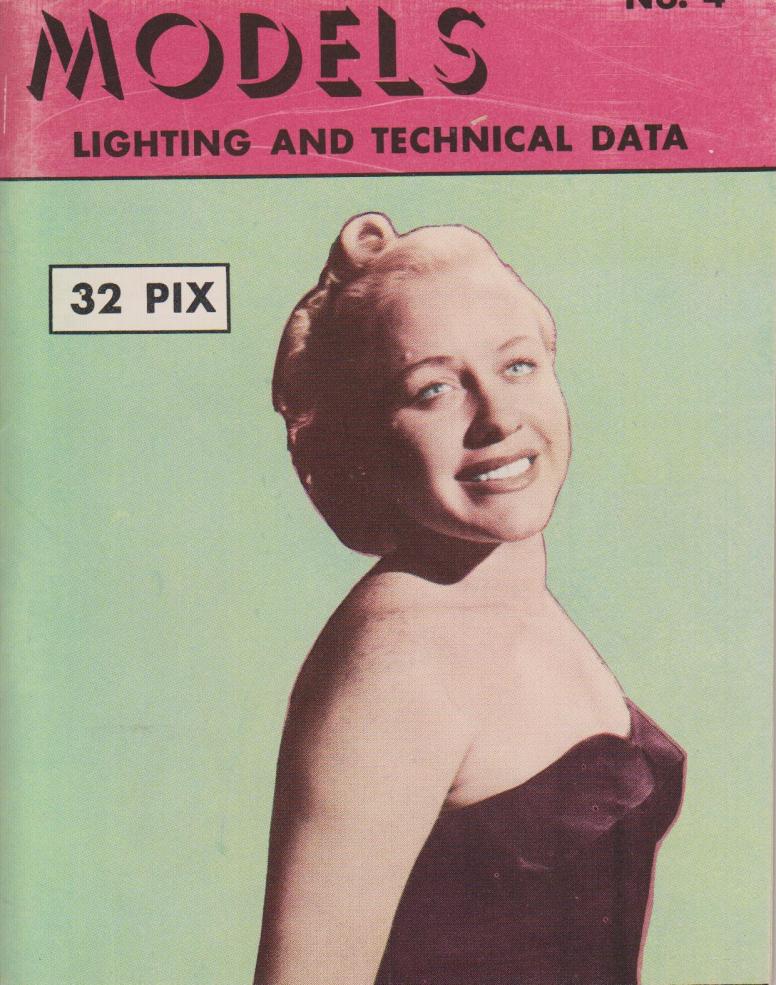 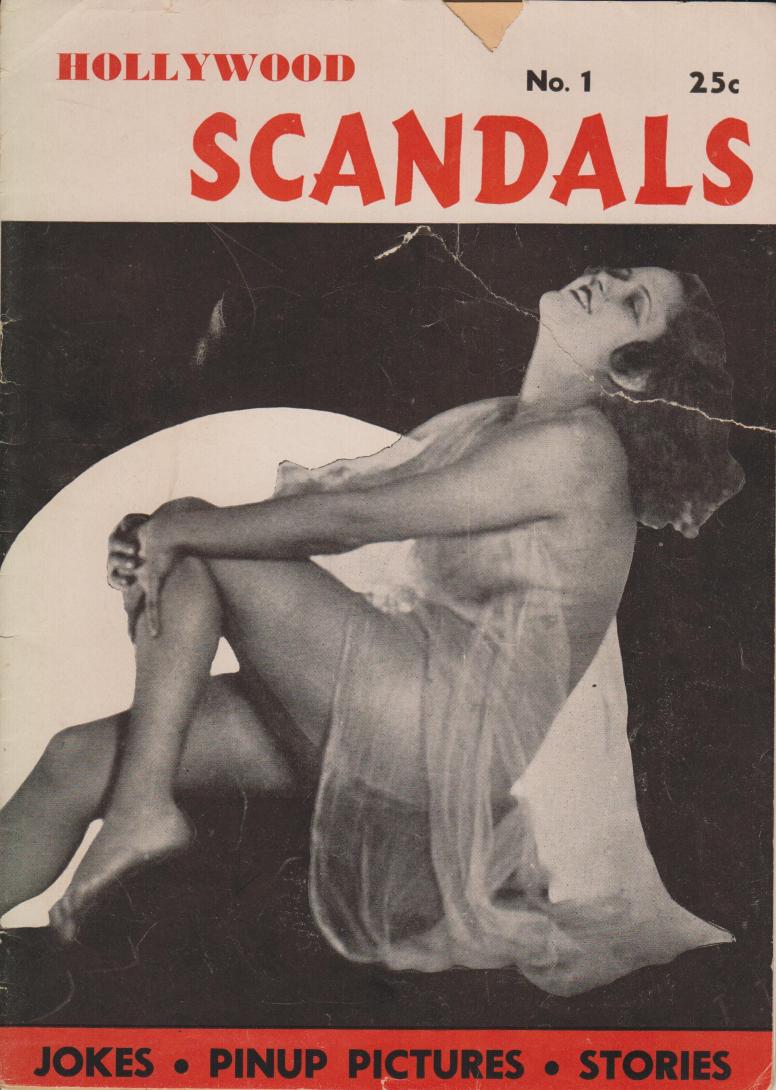 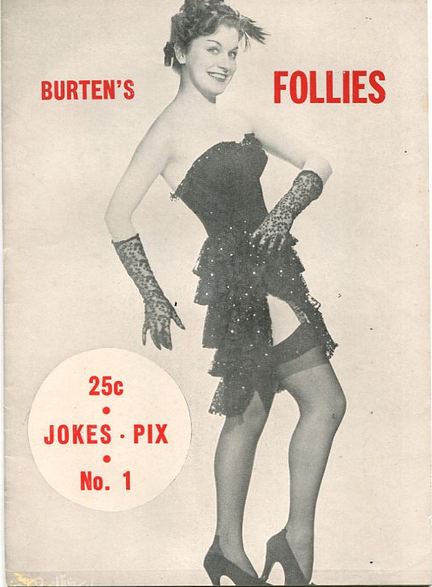 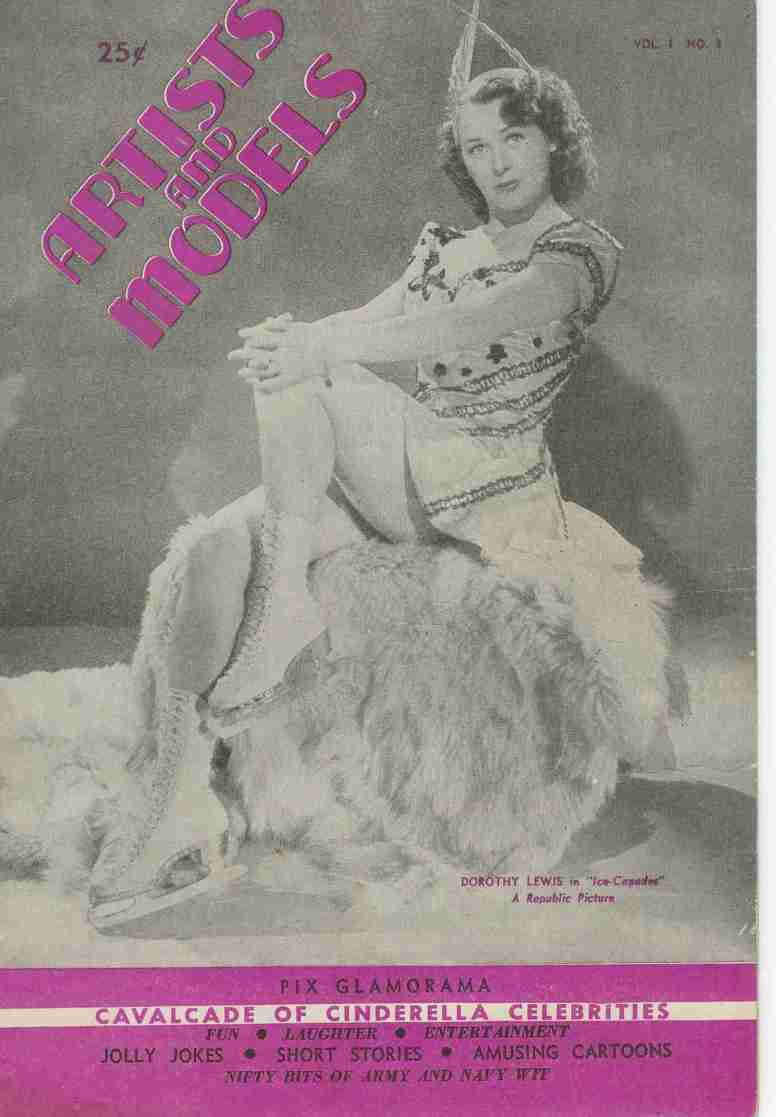 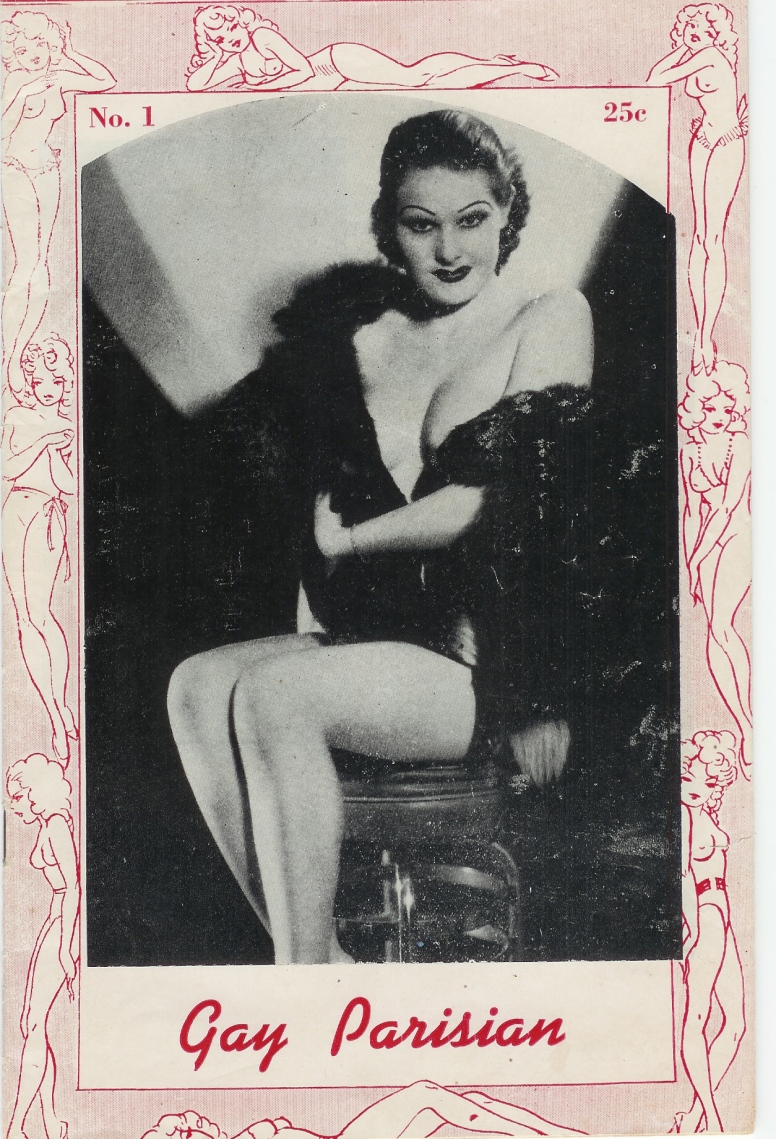 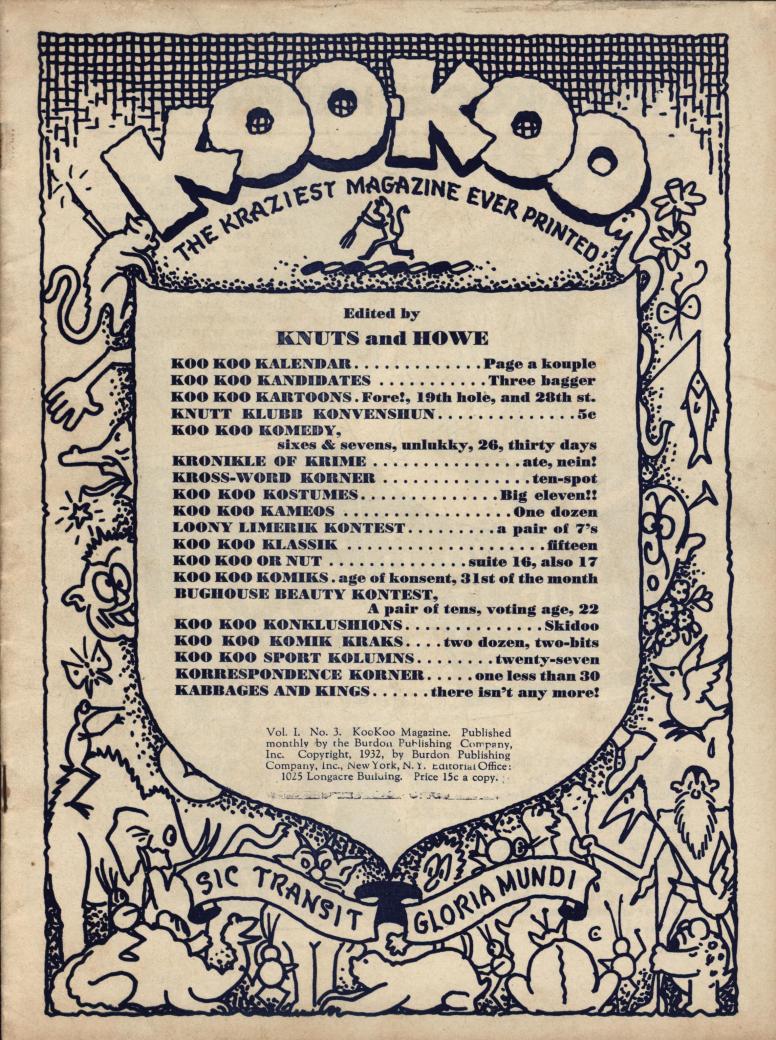